There have been two big events recently that have given the Club a real sense of the progress made since we first sent a team to the Rising Stars meet in April 2017.

At the weekend, we hosted the Winter Dip at Greerton Aquatic Centre. This is a new event and one that has the potential to become a firm fixture in the swimming calendar. Judging by the numbers of swimmers, including 59 members from LVW, I’m sure we will be seeing it again next year. As the host Club, we were delighted with how it went. We are very grateful to all the parent volunteers and senior swimmers who did the jobs that were needed to make it happen.

In May, we took a huge team of swimmers to the Bay of Plenty Relay Championships. This is the only event in the swimming calendar where we compete as a team – there are no individual races. And what a team we had! To be the largest club at the meet was impressive. More impressive was the way in which those swimmers conducted themselves in and out of the pool and the fun had by all. Many swimmers were competing in their very first meet but you wouldn’t have known it. This meet gave us a real insight into the strength of the current team, and of those coming through in the next couple of years. A positive future lies ahead.

Speaking of the future, the Club’s AGM will be held on Saturday 17 August at 4pm. The Club is run by a group of parent volunteers and it relies on all parents to contribute in whatever way they can. There will be some vacancies coming up on the committee and these will need to be filled at the AGM. The more people there are to help, like at the meet on Sunday, the less of an imposition it is. Everyone has skills they can contribute. Please come to the AGM and put yourselves forward. We look forward to seeing you there.

It feels like only yesterday we were starting the year off with senior camp and encouraging as many young swimmers as possible to get involved in competing and representing the club. Six months down the track and we’re all guns blazing with MASSIVE numbers at our last two meets and great results from our senior swimmers. While it was pleasing to see a stand full of LVW kids at the recent BOP Winter Dip, the parent support was what really drew my eye. We had a timekeeper in every lane (more in some lanes), 5 team managers, 5 parents learning new official’s roles, as well as the ones selling tickets, programs and food. It shows our togetherness and commitment as a club that our parents and senior swimmers are willing to volunteer their time to make competitions as successful as this past one has been. #proudcoach 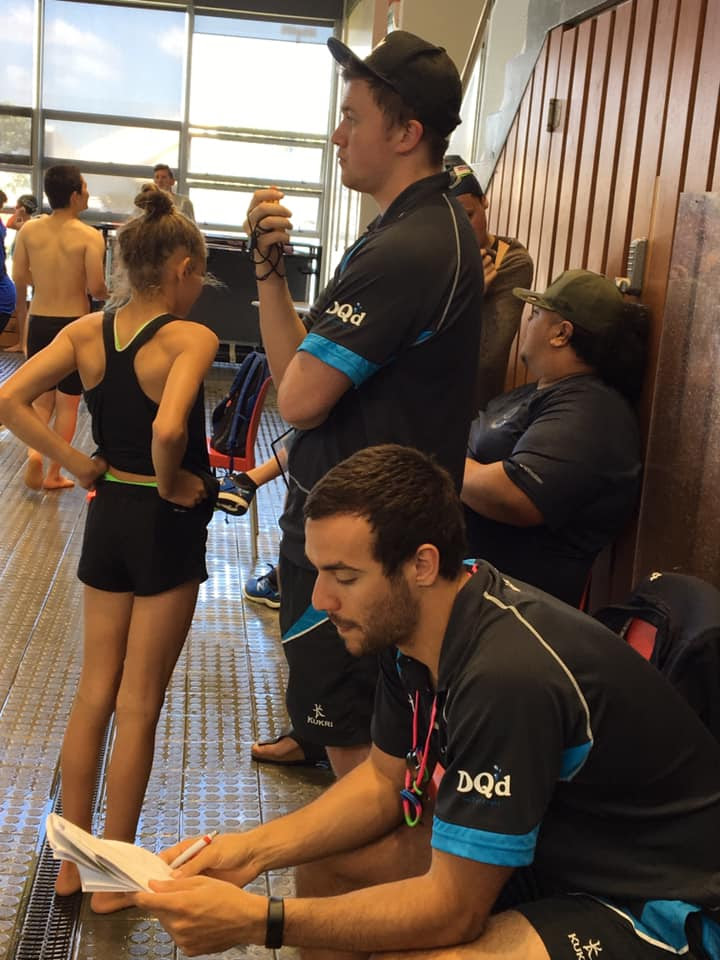 Team LVW had a great National Age Groups as we took 5 swimmers, had 13 finals swims, won 4 medals, earned multiple NZ Opens qualification times and broke 1 BOP Record. It was the first time at NAG’s for both Kalani and Tom, who took valuable experience away from racing with the nation’s best. Matthew and Ella had strong performances throughout the week with Matthew placing top-5 three times and achieving his first three opens times, while Ella came away with two medals (silver and bronze). Sarah was the standout of the meet, breaking the BOP Record for 14yo girls 1500m Freestyle on her way to her first national title, taking silver in the 800m Free, placed 7th in both the 400 Free and 400 IM, as well as keeping a 100% PB rate.  We’re already planning for next year with more swimmers knocking on the door!

After taking just under 30 swimmers to this meet last year, we TRIPLED our team by taking 90 swimmers to the 2019 BOP Relay Champs.  We took two large buses to get the team to Rotorua with a number of swimmers coming along for their first ever meet (and what a cool one to come to!).  We were loud, we were rapid, and it was great to see so many smiles and new faces wearing the black LVW cap.  A big thanks to the support crew of team managers who ensured all the swimmers were organised and ready to race. 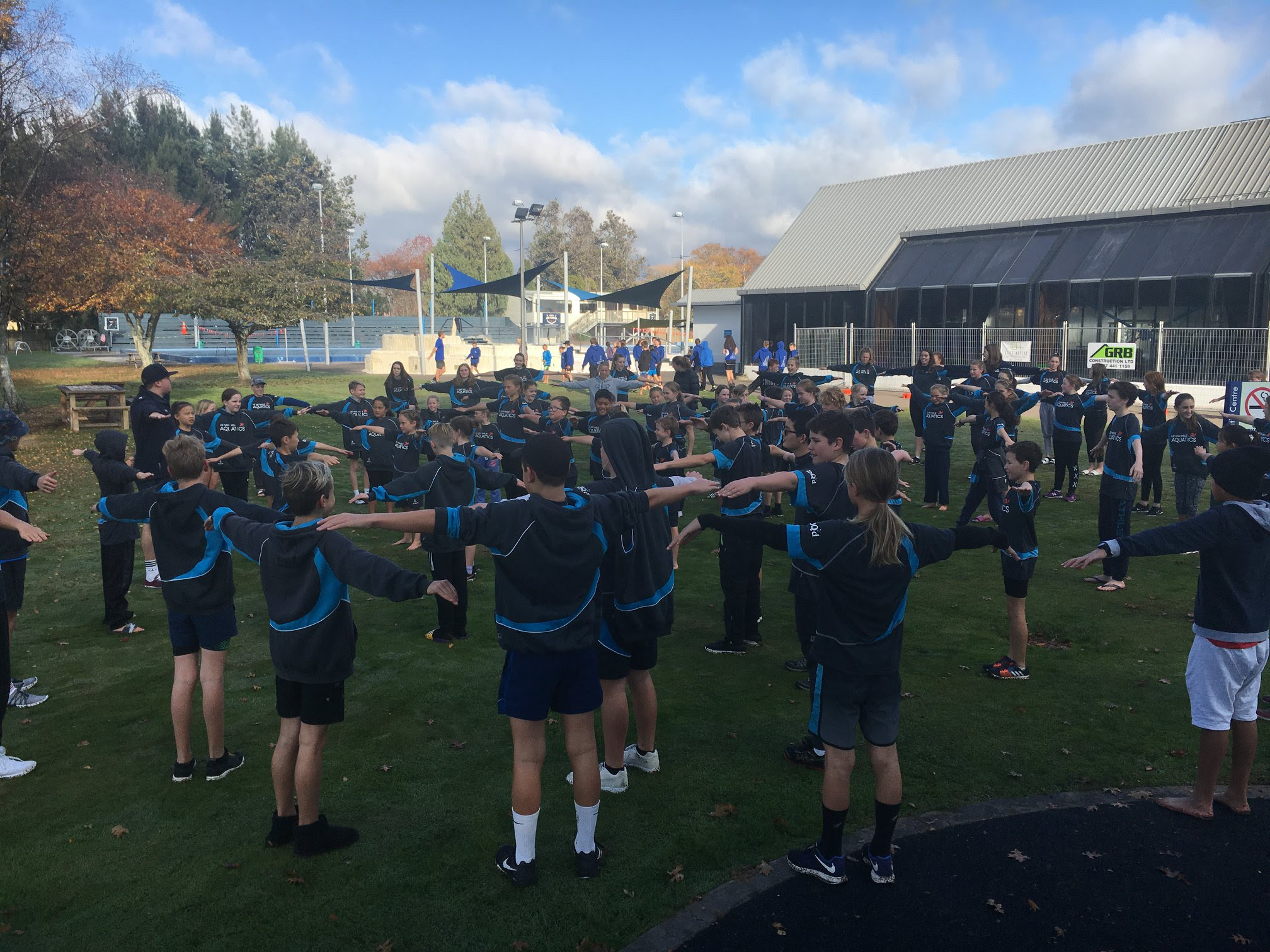 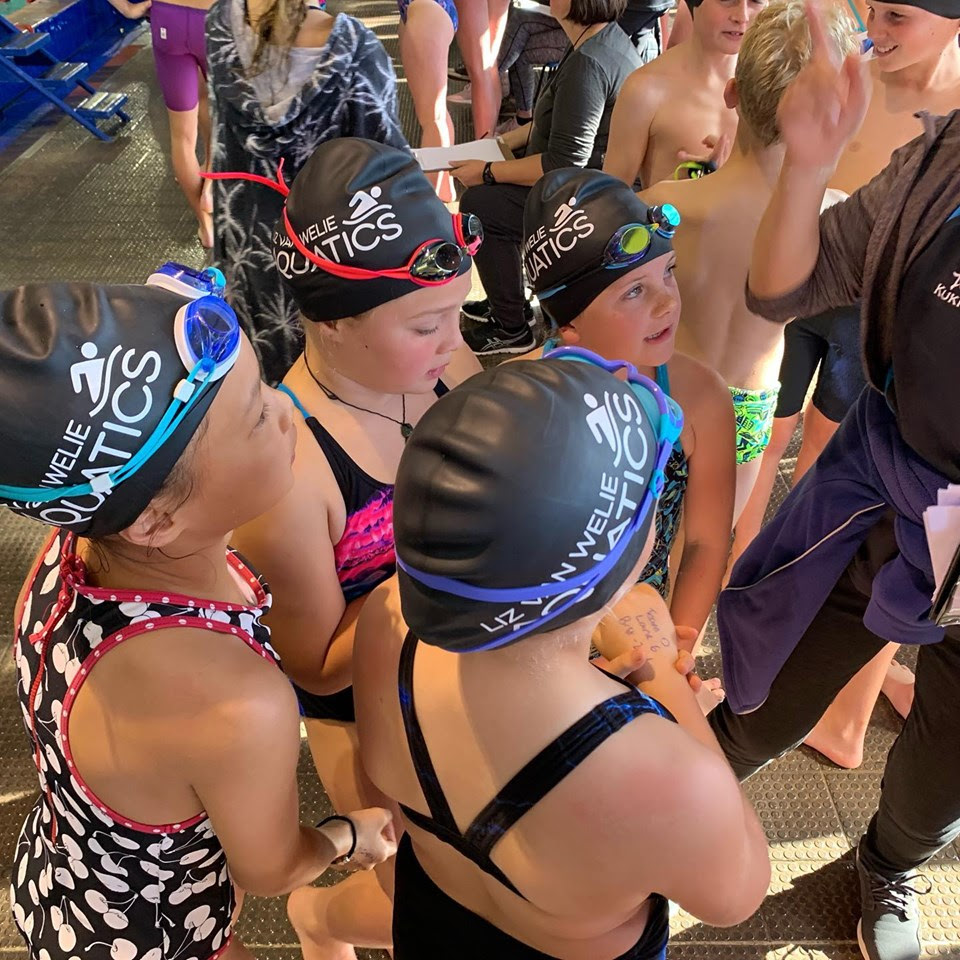 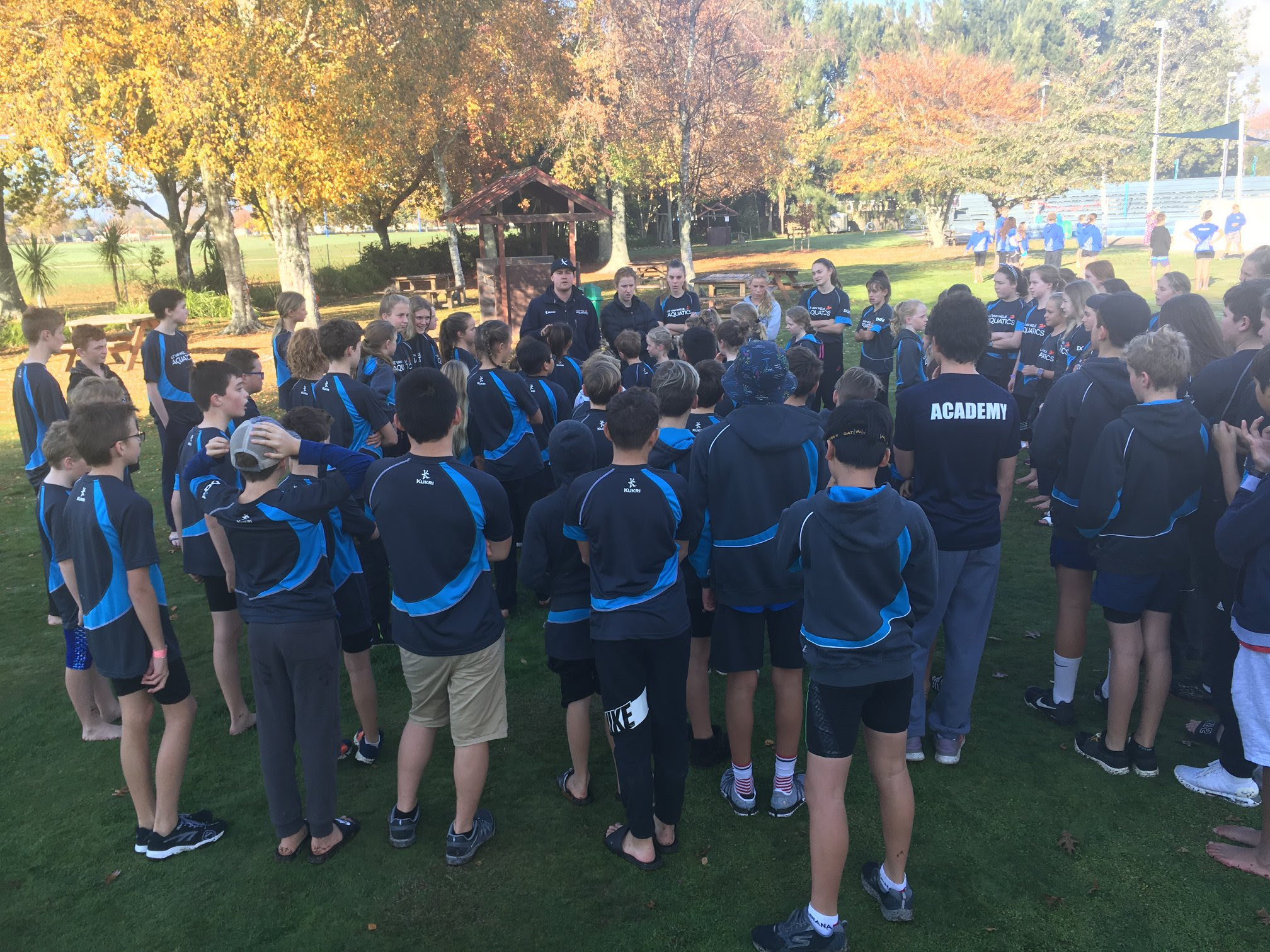 As a team, we continually hold ourselves and the swimmers accountable for what we do.  Greg’s learning certificates are put into practice this week as swimmers review backstroke turns, touches etc.  Our ongoing focus on kick fitness and testing was on a great display at the Winter Dip with many swimmers comfortably posting PB’s.  As part of our endeavour to create better athletes who make better swimmers, Adams Squad is being introduced to a strength and conditioning program beginning July 2nd and running every Tuesday and Thursday following their training.  The purpose of this is to raise awareness of individual strengths and weaknesses before then developing a more balanced swimmer including core strength.

The desired outcome is a swimmer who can sustain the correct technique while fatigued and bridge the gap between Adams squad and Devoy Squad with regards to athletic development.

Upcoming Events
Below is a list of upcoming meets. If you need advice on which races your child should be participating in, please email Matt or Sam.

Thanks to our sponsors